This article is going to introduce you to the Infrastructure as a Service side of AWS. We’ll start from the basics of how accounts in AWS work and cover some fundamentals in this article. Then in the next post, we’re going to do something a bit more hands-on and see EC2 and S3 in action.

IAM stands for identity and access management. And this is how AWS controls who has access to your organization’s account. Now, if you have an IAM user account, then your login screen will include a field at the top that says account ID or alias, and it should already be filled in for you.

The AWS root account on the other hand comes with a whole bunch of special privileges. Most important of these being:

These should give you an idea of why your org most probably provided you with an IAM user account instead of the root account :)

But if you do have a root account it’s recommended you create an IAM user account for yourself and use that to follow through this article and the next one. You can do this by following the “Create a user from AWS Management Console” from this blog. Additionally, instead of directly creating a user, you can first create a user group and give this group a set of permissions and then create a user and assign it to the group. This would ensure you don’t end up configuring permissions each time if you want to have multiple users. At the end of this, you should have an IAM user account, which would mean you have a login URL, username, and password.

Sometimes we need some keys to interact with AWS using our terminal. To get these, click on your username in the upper right toolbar, and in the menu, select “My Security Credentials”. Under “Access Keys for CLI, SDK, and API access”, click on the create access key button. From there copy both your “Access key ID” and “Secret access key”.

Let’s delve into a bit of a history lesson here. Before IaaS services like AWS launched, to host your application you would need to self-host. Self-hosting meant building out a data center of your own or renting space in someone else’s data center. This is what a data center looks like. 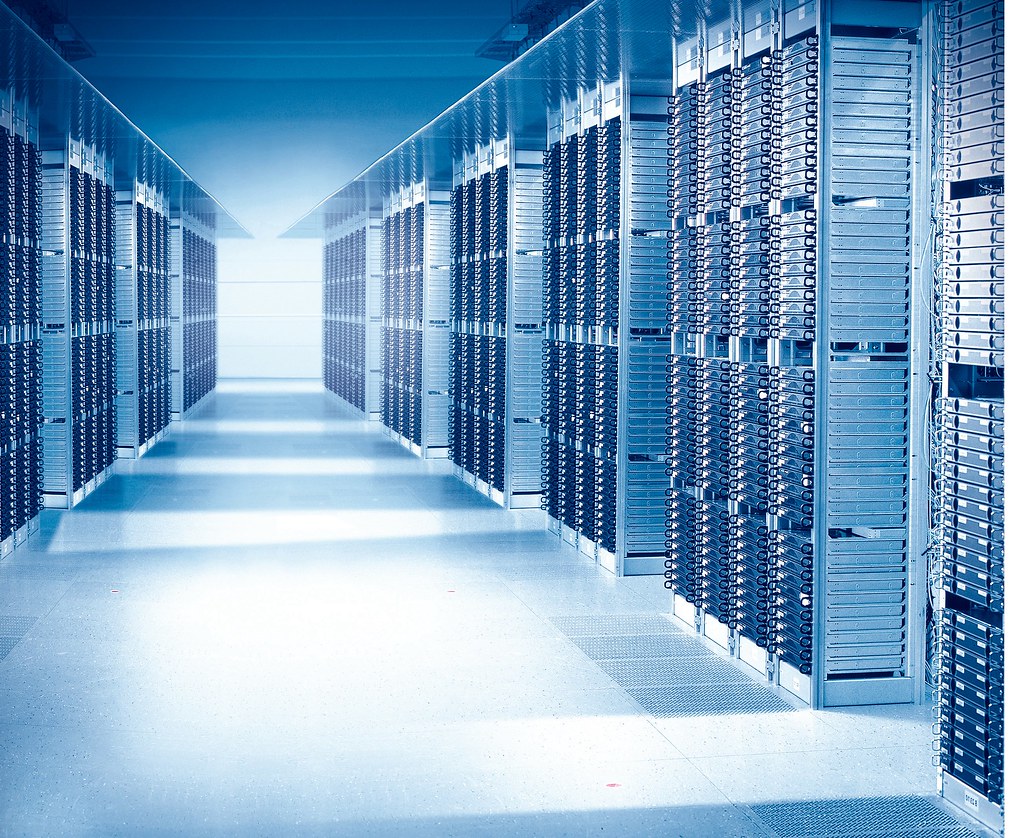 Virtualization let data centers sell even more dedicated servers because now you can get maybe six virtual servers out of one physical server.

Using the on-premise approach had many problems like having staff to maintain and fix your hardware and the software running on it. Also, each server has a limit to the amount of traffic it can handle. So if over the festive season your e-commerce website got 20 times the normal traffic, the servers you had would overload and people won’t be able to access your website. And for you to set up new servers it would take a couple of days at least.

To solve all these problems AWS launched two services.

Elastic Compute Cloud (EC2) - these were like virtual servers you could rent from amazon. Many other companies were doing this too. But the keyword here is “Elastic”. The EC2 instances came with a feature called Auto Scaling. This was the equivalent of the number of servers stretching automatically when traffic increases and then shrinking back down again when the traffic drops off. So when you got that 20x traffic EC2 would auto-scale your existing servers from the current capacity to the needed one for handling the load. Not only this but once the holidays were over and you had less traffic it would also scale down to the original number (or even lower) of servers you had.

Simple Storage Service (S3) - think of this as Google Drive. It provided access to off-premise storage for your application.

Combine these two and you could now virtually build servers and storage solutions in the Cloud. This was the beginning of Infrastructure as a Service.

When selecting a region the general guideline is to pick a region closest to most of your users and which supports the AWS services that you want to use because not all regions offer the exact same service.

Well, that was it for this post. Now that you have some idea of what AWS does and offers when it comes to IaaS, in the next post we’ll be seeing the EC2 and S3 we talked about briefly here in action. Thanks for reading and if you have any questions or feedback please feel free to reach out to me.